I was recently reading this article from Fanny and her doubts about the “after” of certification. My own “after” brought a lot of change into my life, since I did not only graduate from YTT, but I am also getting my PhD soon, and leaving Utrecht. I actually already have left Utrecht and will only get back there for my PhD defense in November.

In the first few weeks after the exam, I started practicing a lot “for fun”. Poses which were not in the syllabus, different ways of practicing, finding the initial “wow” again. The training to become a certified Iyengar teacher is hard and very regulated, and I needed this breath of fresh air, outdoor practice and arm balances.

After that, I moved to a new place where I couldn’t practice at home, and I was very busy, so my practice suffered a little. I still managed to go to classes about twice a week, but didn’t do any home practice. But now that I’m “on the road”, I’ve funnily managed to get back into a structured daily home practice. I’ve been working on building up strength and time in inversions. At this point, I practice headstand and shoulderstand/halasana for ten minutes each, but I want to build up to 15 minutes and ideally 20 minutes. I don’t think I will ever manage to go longer than that, not physically but simply because I don’t think I can spare more time than that during my day (it’s 40 minutes of headstand + shoulderstand without any other practice), especially since I would like to further my pranayama practice as well.

Anyways, I don’t really know where I’m going with this, and it’s probably different for many people, but I think that after getting certified, it’s perfectly normal to practice a bit less or a bit less seriously for a while – but it’s highly unlikely that you will stop practicing altogether. If only because you know what practice brings to you, and even without the guidance of a teacher, there is inspiration everywhere, in books, the internet, and your own body. 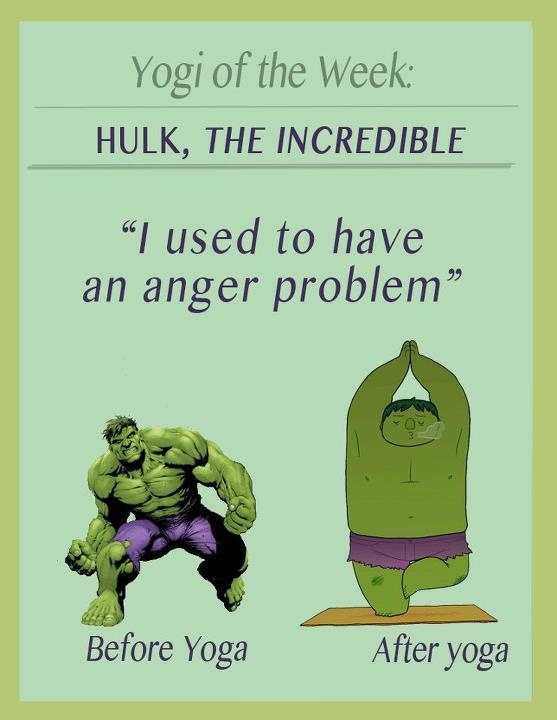 I don’t know whose credit this is… But I often feel like the Hulk!